Thanks to everyone for a great summerschool! We hope you enjoyed it as much as we did.

Topic: Is Schrödinger's Cat Alive or Dead or Both?

Quantum physics is at the same time both arguably the most successful set of scientific theories of all times, as well as a severe competitor for the title of the least understood. The situation is dire indeed, as quantum physics can even be regarded as logically inconsistent: Assuming that it offers a complete and accurate framework for the description of all physical interactions, one cannot consistently maintain, as is often done, both that measurements have definite results and that the full dynamics of the quantum system is given by the (unmodified) Schrödinger equation. This is the infamous measurement problem.

Erwin Schrödinger captured most vividly the core of one aspect of the problem in his famous thought experiment involving a cat imprisoned in a windowless box. Within the chamber with the cat is also a device that kills the cat with the exact probability of fifty percent during the first hour of imprisonment, in a clear violation of any animal welfare standards. Leaving the system box-cum-cat-cum-device alone for an hour, we would say that the cat is alive with a fifty-percent chance and dead with a fifity-percent chance. In quantum mechanical terms, the cat would be in a superposition of the states ?alive" and ?dead". We then open the box to determine whether the cat has indeed survived or not. If we do many experiments, we would expect that fifty percent of the runs would end with living cats and fifty percent with dead cats, assuming the device is not deterministic and can thus not be predicted, i.e. it is for instance coupled to radioactive decay. When, Schrödinger then asks, does the state of the cat stop existing as a superposition and unambiguously become one or the other? The paradox in this thought experiment lies in the fact that it has turned out to be very tricky to answer this seemingly simple question. If it is exactly the moment when we open the box and lie our eyes upon the cat, as the standard Copenhagen interpretation would have it, then what dynamical rules does the quantum mechanical state of the system obey through the measurement process?

Quantum theory confronts us with bizarre paradoxes like Schrödinger's cat and the so-called Einstein-Podolsky-Rosen paradox that fundamentally undermine our intuitions trained by classical physics. This summer school unites the leading experts on various aspects of the foundations of quantum physics to offer an intense interaction among speakers and participants. The first installment of the Geneva Summer School in the Philosophy of Physics, which dealt with the foundations of spacetime theories, was highly successful in enabling and fostering such a productive atmosphere. We very strongly wish to repeat this success in 2009.

This summer school is geared toward doctoral students and postdoctoral researchers in philosophy of physics as well as philosophically minded physicists. We aim to bring this group together with leading experts on the foundations of quantum physics who will guide us through the current debates in the philosophical foundations and in the interpretation of quantum theory. Experts will give lectures on each of these topics. An effort will be made to presuppose little by way of prior exposure to the literature both in physics as well as in philosophy. The lectures should thus be accessible to the talented novice, although we expect the programme to be dense. Anyone successfully completing the summer school should thus be in a position to get started on some of the more advanced work in the foundation of quantum physics. In particular, the summer school will serve as an intense preparation for doing research in the area, both for the beginning doctoral student as well as for anyone further along the road with an interest to build up the foundations of quantum physics as a core competence. Last but not least, it will allow the participants to connect with leading experts in the field and thus lets them establish a network vital for their research careers.

The Geneva Summer School in the Philosophy of Physics 2009 is organised by eidos, the Genevan Centre for Metaphysics, in close cooperation with the department of philosophy (Prof. Kevin Mulligan) and the Unit for History and Philosophy (Prof. Jan Lacki).

The following speakers have confirmed their presence at the summer school:

The summer school will take place from 5 to 11 July 2009, at the beautifully located "Hôtel du Mont-Collon", in the middle of the Swiss Alps at Arolla: 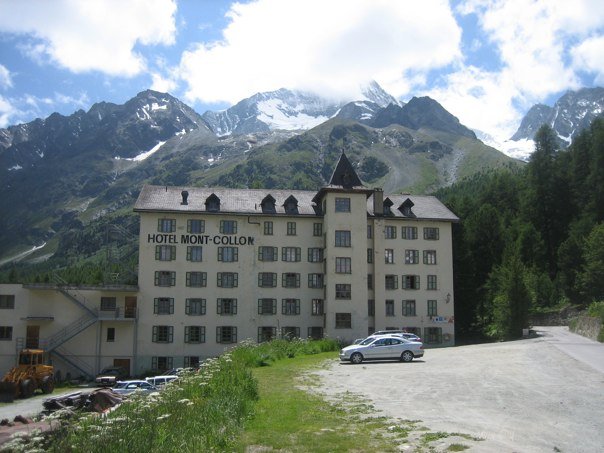 The participants will be accommodated at the "Hôtel du Mont-Collon" in single or three- to four-bed rooms (depending on the number of participants) with shared bathroom.